Determination and passion paint the walls of country artist Susan Hickman‘s life, causing fans to recognize these vibrant traits undeniably inspire the way she crafts her music. While these are characteristics most acquire as they mature, they seem to be inherent in Hickman’s ethereal essence. At only the age of five she began playing piano and added violin lessons as well a few short years later. As if two instruments wasn’t enough for a young Hickman to handle, at the age of twenty-one, she began teaching herself to play guitar in the living room of her family home in Atascocita, Texas. Hickman finds a unique way to connect her own voice with the instruments she surrounds herself with and has the ability to create melodies which are very much “Louder Than Words”.  At only 12 with no previous experience other than playing and singing in church, Hickman scoured the Yellow Pages for every talent agency in the Houston area and then went on to travel across the country to pursue her dreams. Upon recollecting her journey the first few years Hickman is quick to refer to her mother as a saint from the long business trips to sitting at her shows in the honky-tonks during the early hours of the morning. In 2010, Susan was named CMA Close Up Who New To Watch In 2010 and has mastered the art of live performances. Hickman's energy, can-do attitude, and not to mention her music has allowed her to captivate audiences with various large scale acts such as Miranda Lambert, Jo Dee Messina, Shenandoah, Dean Dillon, Robert Earl Keen & Daryle Singletary. While 2010 was a pivotal year for Hickman it also proved to be a difficult one as well, she relied heavily upon her determination and positive attitude. Because she was playing guitar and singing nearly 10 hours a day between rehearsals and shows, Hickman was left having to get two surgeries. But if you’ve learned one thing about this performance powerhouse, it’s that nothing will stop her mind from taking her where she needs to go, not even her own body. Her injuries did not stop her from developing quite a following in the U.S. and Europe. Susan has played through her pain and entertained audiences at Nashville’s renowned CMA Music Festival and even at France’s 23rd Annual Country Rendez-Vous Festival.  As Hickman reflects on her gypsy lifestyle she shares she has done a lot of soul searching. She has taken time to discover herself as a person and then as an artist, though she cleverly mentions they often fight with one another. Only in her thirties, Hickman seems wise beyond her years and has a bright career ahead of her. She is a strong role model for women everywhere, showing them anything is possible when you live out your story with a strong will and a big heart. 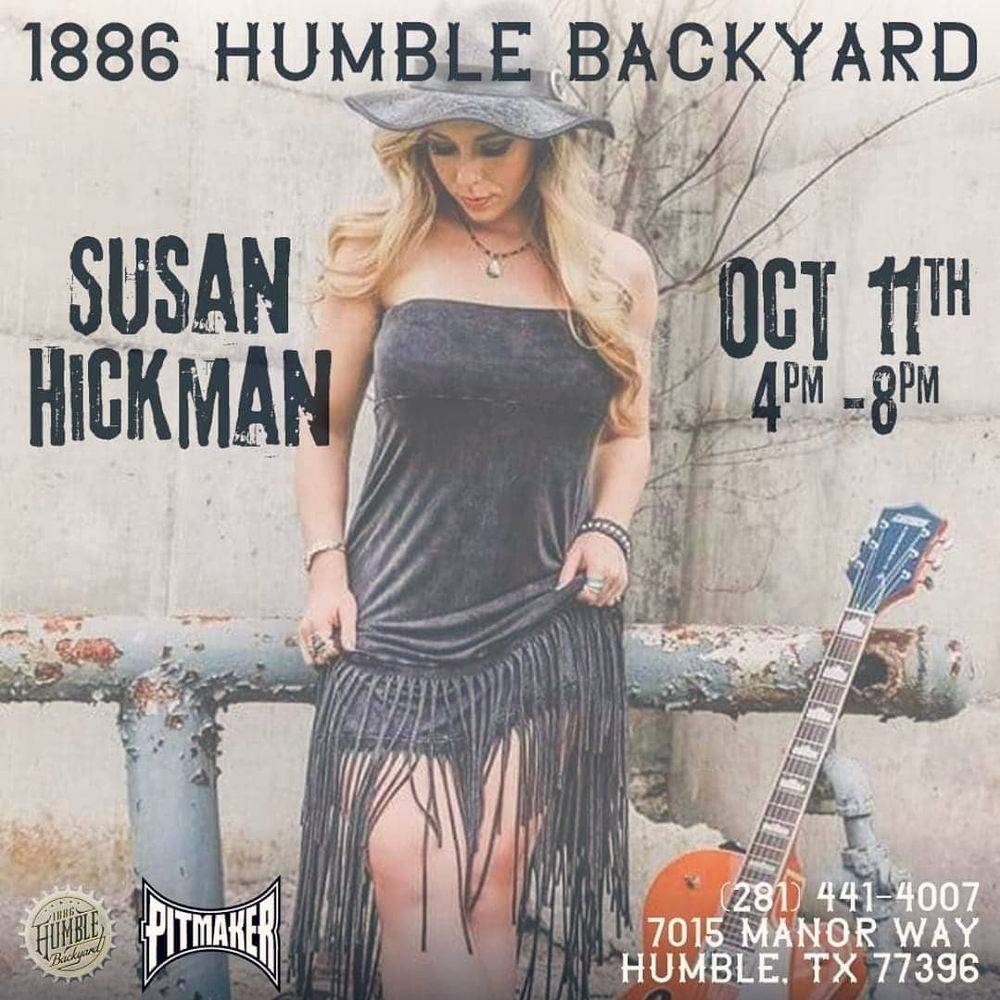 “She’s quite a vocalist, with a delivery as sure and true as an arrow. The throaty breaks in her performance are perfect for the heartache in this finely crafted power ballad. The production builds splendidly in the choruses. Excellent work all around. Well worth your spins and your support.”-Robert K Oermann, Music Row Magazine